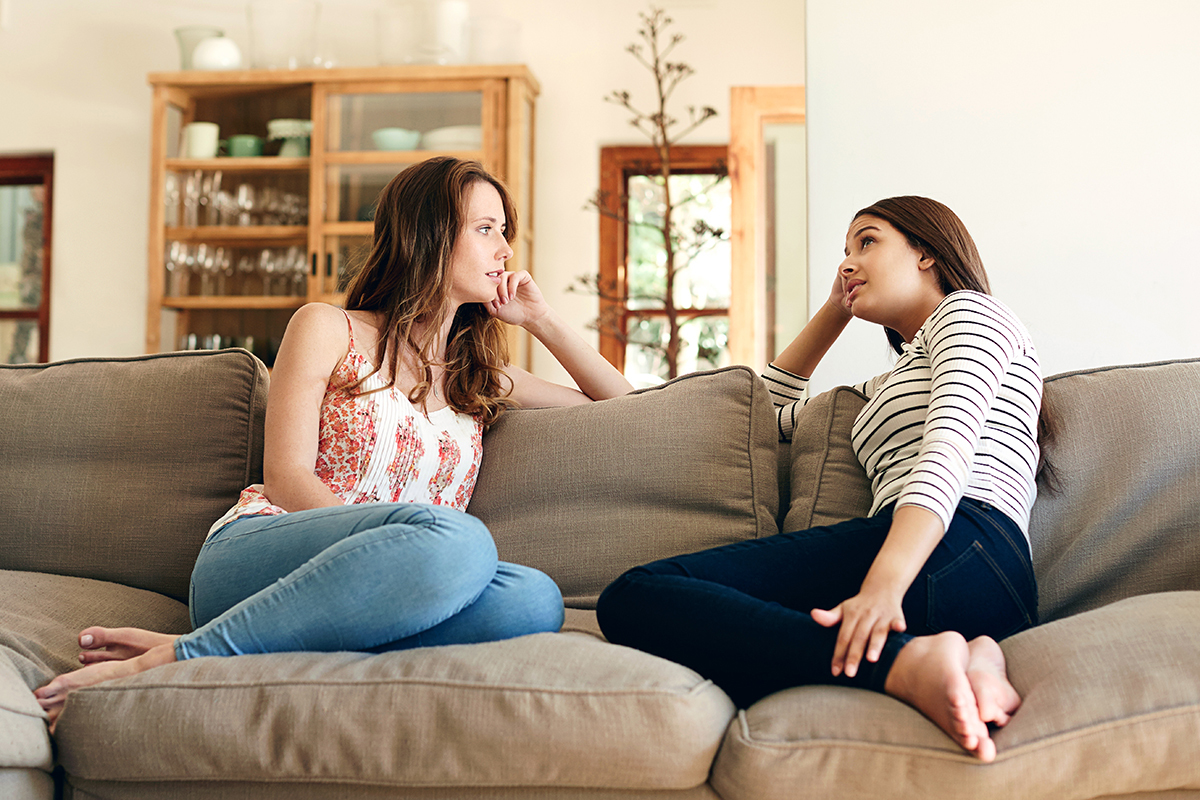 With the belief that upholding systematic silence about alcohol or drug addiction within the family can do as much damage to a child as the substance use disorder (SUD), we have created this article.

Within this article, we talk about the genetic factors at play in SUDs, when and how to discuss SUDs to children, as well as some ideas and strategies that families with a history of addiction can implement now to create a healthier, more stable home.

Can a history of addiction run in the family?

Children of addicts often face genetic predispositions, familial influences and in some circumstances, chaotic environments. The odds are often stacked against children of alcoholics, and the statistics say most of them are destined to develop a SUD involving alcohol, drugs, or a combination However, some young people, despite these obstacles, do overcome the odds and live a life free of addiction. The key to this is in identifying the genetic and environmental risks a child is facing and empowering them with knowledge and healthy coping skills.

The short answer is yes. When looking at children of alcoholics, for many, genetics play a significant role and often accounts for the development of a substance use disorder of their own.

Children of alcoholics (COA) are four times more likely than non-COAs to develop alcoholism due to genes and that the chances of inheriting these genes estimates range from 50 to 60 percent for both men and women. (1) Although it may even be as high as 60 to 80 percent for other substances, such as nicotine or cocaine. (2)

Indeed, studies using twins suggest that the overlap between dependence on alcohol and other drugs mainly results from shared genetic factors. While this predisposition to developing an addiction disorder can be accounted for by genetics, we must also acknowledge the interaction of both environmental and genetic factors. It is essential to instill in children that just because a parent struggles with a substance use disorder does not mean they will, or that they are caretakers of the parent or another family member who is addicted. The genetic factors dictating substance use disorders merely tell us that we need to be aware and cautious of our choices. If you suspect your child is developing or has a SUD, engage with your primary care provider or a qualified medical practitioner.

When is the right time to bring this up to your children?

According to literature released by The Canadian Council on Social Development (CCSD), alcohol consumption among Canadian teens, starting at ages 12-14, is still common. (3)

Furthermore, it is possible that the older a person is when they take their first drink, the less likely they are to develop alcohol dependence. One study set out to “examine whether starting to drink at an early age is associated with developing alcohol dependence at a younger age and chronic relapsing dependence, controlling for respondent demographics, smoking and illicit drug use, childhood antisocial behavior and depression, and family alcoholism history.” After surveying and examining the data of 43,093 adults, the researchers found that the respondents "who began drinking before 14 years of age were more likely to experience alcohol dependence and within 10 years of first drinking. They also experienced past-year dependence and multiple dependence episodes more often. (4)

It is widely accepted that drinking can harm physical and mental development, particularly in adolescence and early adulthood. (5) If there is a history of drug or alcohol abuse in a particular child’s familial history, then they must be made aware of their risks before they reach adolescence and begin their journey to independence.

Explaining what addiction is to your child

Keeping the realities of addiction a secret from your child will not help them understand the upcoming pressures that life will bring, and the potential for those stressors to turn alcohol or drugs into acceptable coping mechanisms.

It will be important for the child to understand that addictions come in various forms, and don’t always include alcohol or drugs. For instance, an addiction to gaming and betting money on those games can become an addiction if the need to pursue the activity has a negative effect on their life with growing consequences. It will also be important to outline some of the environmental factors that can trigger the need to cope using substances. Divorces, death, schooling, sex and peer relationships all come with pressures that, if internalized, can become unmanageable feelings that require something more or something outside of one’s self to quell. Children should also know about the genetic and environmental factors behind SUDs and why some people may go down a path of addiction while others avoid it—even those who are genetically predisposed.

Key messaging for families with a history of addiction

There are two common items that we have identified throughout the academic material regarding children with a family history of addiction and those are:

In recent years, researchers have identified numerous genes that could affect an individual’s risk for dependence on alcohol and other drugs, including genes that control alcohol metabolism as well as the transmission of nerve cell signals and modulation of nerve cell activity. While these discoveries show promise that they may one day help us understand SUDs and how to prevent them, the simple truth is that we can’t control genetics today to a point that we banish the predisposition to substance use disorders that flow throughout family systems.

We can, however—as individuals, families, and communities— identify the genetic risks of alcoholism and drug addiction and therefore better control the path a person takes and the outcomes of their decisions. It’s important to practice this type of vigilance at home, as well as healthy and productive coping skills to overcome a genetic predisposition to addiction, especially when children are affected.

Start conversations early, being mindful of the age of the child and their understanding of the family dynamics regarding addiction and recovery and underline the importance of being open with the family members, doctors, peer support groups (Alateen/Al-Anon) and counsellors they may be involved with due to the circumstances of substance abuse in their family.

1. The Behavioral Genetics of Alcoholism.

3. The Progress of Canada’s Children and Youth, 2006. Canadian Council on Social Development. 2006. https://www.ccsd.ca/resources/ProgressChildrenYouth/pdf/pccy_2006.pdf

5. Youth and Alcohol. Canadian Centre on Substance Use and Addiction. 2014. https://www.ccsa.ca/youth-and-alcohol-lrdg-summary