“Mindfulness is the content of one’s thoughts, feelings, images, memories, and consciousness itself.  It is the psychological training in self-culture, self-improvement and self-help.”

Mindfulness is the maintaining of moment-by-moment consciousness of our thoughts, feelings, bodily sensations, and our relationship and interaction with the surrounding environment. It is the practice of being intentional, accepting, and non-judgmental while focusing one’s attention on the emotions, thoughts, and sensations occurring in the present moment.(1)
Daily practice of mindfulness has been shown to improve both mental and physical states, including, memory, sense of self, empathy, and it reduces stress, anxiety, addiction, pain, psoriasis, and blood pressure.(2)(3)

Every person can benefit from mindfulness meditation, as all of us can use time during our day to reflect and be present.

We often don’t do this enough and are fixated on what is to come, versus enjoying or acknowledging the moment. Those who are stressed, feel anxiety, are struggling to concentrate in work and life, or just need to ease their mind and body can benefit from daily practice of mindfulness meditation.

Here are some of the benefits of mindfulness meditation:

Mindfulness meditation has many benefits beyond the above mentioned. Five minutes of daily practice can help focus one's mind and prepare for the challenges ahead. 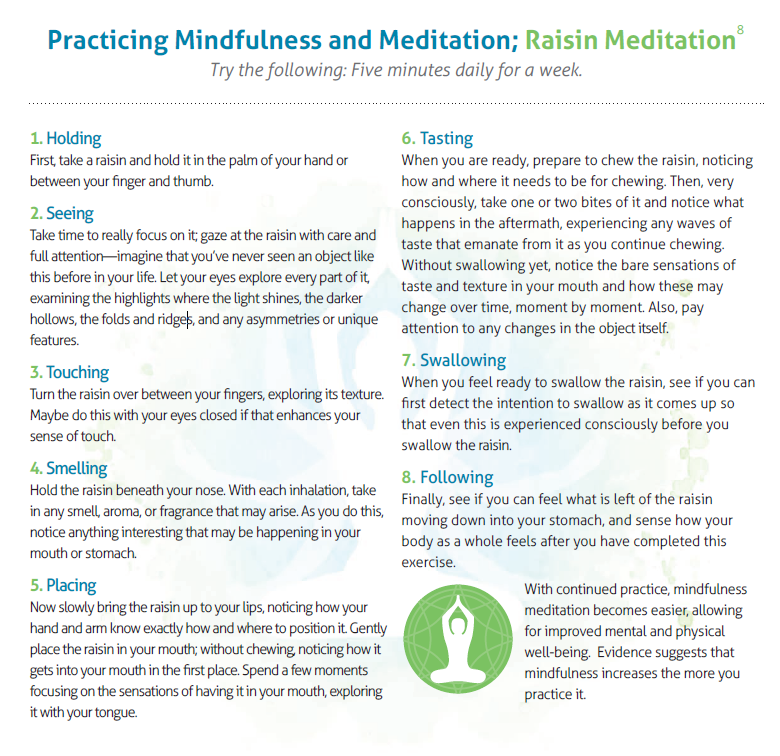